We have purchased a new aircraft VH-LAT and the club are currently going through operational readiness in preparation to get the aircraft up and running within the club. We expect the aircraft to be ready in the coming months. Check back for updates.

Airservices Australia were kind enough to give us a tour of the Jandakot Tower recently. The tour included a detailed Q&A session prior to the tower tour and a number of members were on hand to ask questions and learn about Jandakot Operations.

UFC would like to thank AirServices for providing this informative visit for our members. 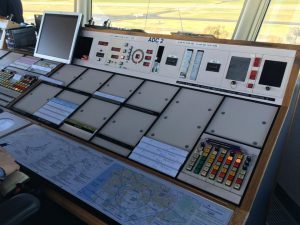 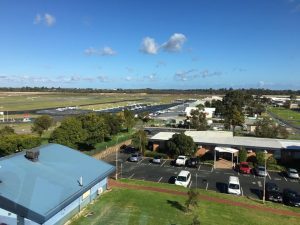 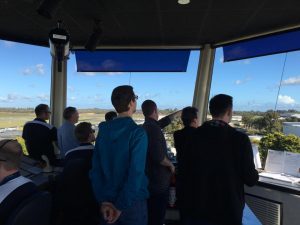 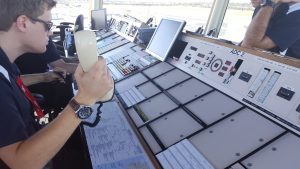 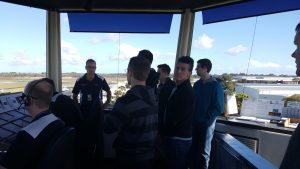 For a short time we are offering discounted block aircraft hire rates. The block hours effectively give you 10 hours for the price of 9. The offer is aimed at assisting new students and regular members to access the best aircraft hire rates available.

Notice is hereby given that the above AGM will be held at Permeance Technologies – Level 15, Carillon City Office Tower, 207 Murray Street Mall, Perth CBD, 6000

Call 0410 556 387 on Arrival or wait downstairs at 7PM to be collected. The lifts lock at around 6PM. The lifts are located just inside and to the right of the Carillon City Mall entrance (head into the mall from the Myer / Murray St end and turn right after the jewellers to find the lifts).

It’s that time of year and the 2015/16 UFC Membership Renewals are now due. Please ensure your memberships are current before your next flight.

How to renew:
Payment

What if you want to renew in-person or via Cash / Cheque / Money Order?

The Club Aircraft was featured in the November 2014 issue of the Sport Aircraft Association of Australia’s “AirSport” magazine. Club President Scott Palmer and member Gerrit Nienaber travelled to the Dutch Windmill near Albany to meet up with a number of other pilots from various clubs. Check out the article.

After some negotiation, University Flying Club (UFC) has entered into an affiliation agreement with the Curtin Flying Club (CFC). This is seen as a reciprocal arrangement giving members of each club access to each other’s aircraft to the benefit of all. For members of both clubs, there will be no change to the fee structure initially. However, club membership fees will be aligned in due course so as not to disadvantage one club over the other. Aircraft usage costs will be as determined for each aircraft by their respective clubs. Each club will maintain their own committees and operate independently of one another.For aircraft usage, each club will maintain the existing application, induction and checking procedures. How to go about these, contacts and aircraft location are detailed below.

About the Curtin Flying Club (CFC)

Curtin Flying Club commenced operations in 1975 with a leased C150 and the view of offering affordable flying to its members. It currently owns two C172SP aircraft: CYQ and KXW (G1000 equipped). Both aircraft are housed and managed through RACWA. Further information on the club can be obtained from the web site www.curtinflyingclub.com.au or from the President (Malcolm Roberts 0407242283; email yodel_bear@yahoo.co.uk) Vice-President (Peter Mitchell 0418924931) or Secretary (Peter Taylor 0417097813; email seccfc@curtinflyingclub.com.au). Access to the aircraft generally involves an introduction to club procedures at YPJT including the booking system and, depending on experience, a trial flight usually with a committee member. These are not mandatory and are based on merit. For those who wish to fly the G1000 equipped aircraft, a two hour introductory course on its operation is required (free of charge to club members) for those who are not familiar plus a short trial flight. Headsets can be hired from RACWA and the club has its own lifejackets for hire if needed.

About the University Flying Club (UFC)

University Flying Club was established in 1964, as a non-profit organisation with the aim of providing more affordable flying to members and the University Community. Over the years UFC has operated 20 aircraft, including various C150s, C172/RGs, Victa Airtourer 100s, PA38 Tommahawks and the Grumman AA5B.

The club currently owns a 2011 PiperSport VH-EZT. The aircraft is a 2-seater with modern 3-panel glass avionics. The aircraft is based at Jandakot Flight Centre (JFC). Hire approval involves a club induction at Jandakot and completion of check-ride with one of clubs nominated instructors. Headsets / lifejackets are provided free of charge and after-hours access is always available

More information can be found on the club website (http://uniflying.org.au/) or by contacting the President (Scott Palmer 0410556387). Note: There is no requirement to be affiliated with a University to join UFC.

Based on the feedback from a survey conducted in May 2013 past members indicated that a Social Member option would be good for people who no longer fly or who just want to keep in touch / involved with the club but not as full flying members.

This includes being added to the clubs mailing lists, social events, newsletters and future publications.

To sign up as a Social Member simply complete the Social Membership Form:
http://uniflying.org.au/join/online-social-membership-form/

Financial members wishing to nominate for a Committee position should do so by the nomination form enclosed.  The form should be completed and seconded by a financial member and returned to the Secretary (secretary@uniflying.org.au).

For information about becoming a member see the Membership Info page.